In the summer of 2020 we collaborated with famous YouTuber and Artist Vexx. The project consisted of over 100.000 dominoes! Vexx designed the artwork and the designers of DDT turned this artwork in a great domino spectacle! Vexx’s skill with detail and colour resulted in a beautiful art piece! Parallel to the project, Vexx also […] 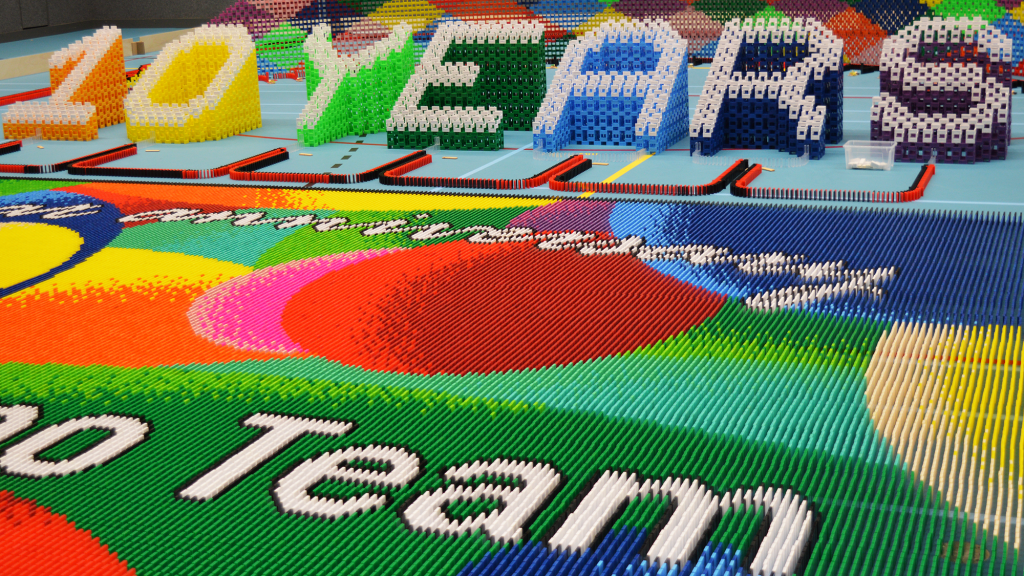 In 2020, The Dutch Domino Team celebrated its 10 year anniversary! For this occasion we built a project containing just over 100.000 dominoes. The most important part of this project is that we were all building together on large project with room to spare for fun activities! Watch our 10 year anniversary here: https://www.youtube.com/watch?v=cP6GDPq8Csc […] 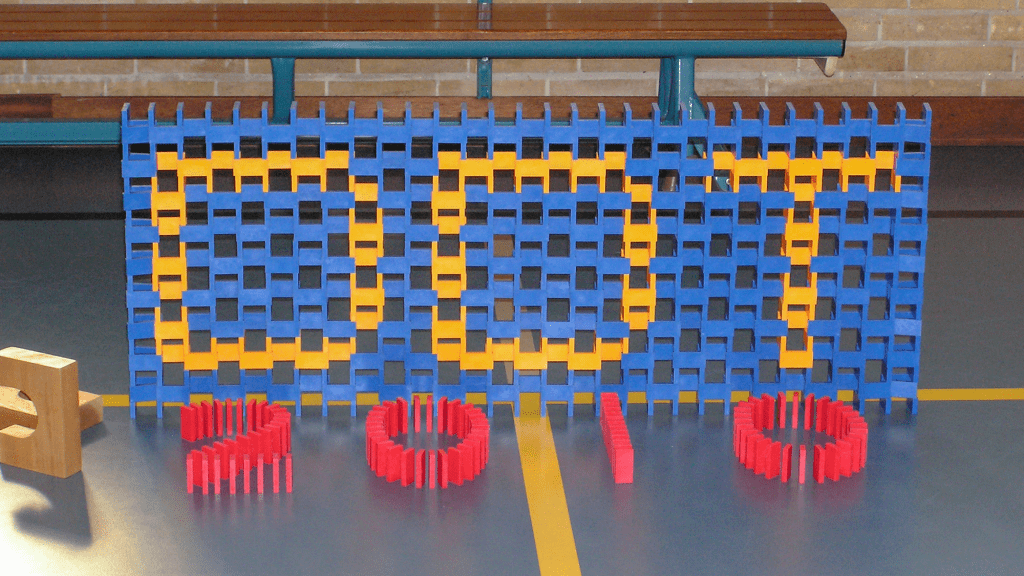 DDT 2010! The very first domino project from DDT! Three Dutch builders decided to build a gym hall as full as possible together. This “event” is very different from the events that we organize today, but we still see this year as the starting point of our current team. Watch the video here: https://www.youtube.com/watch?v=v7aYN9Rx_08 […] 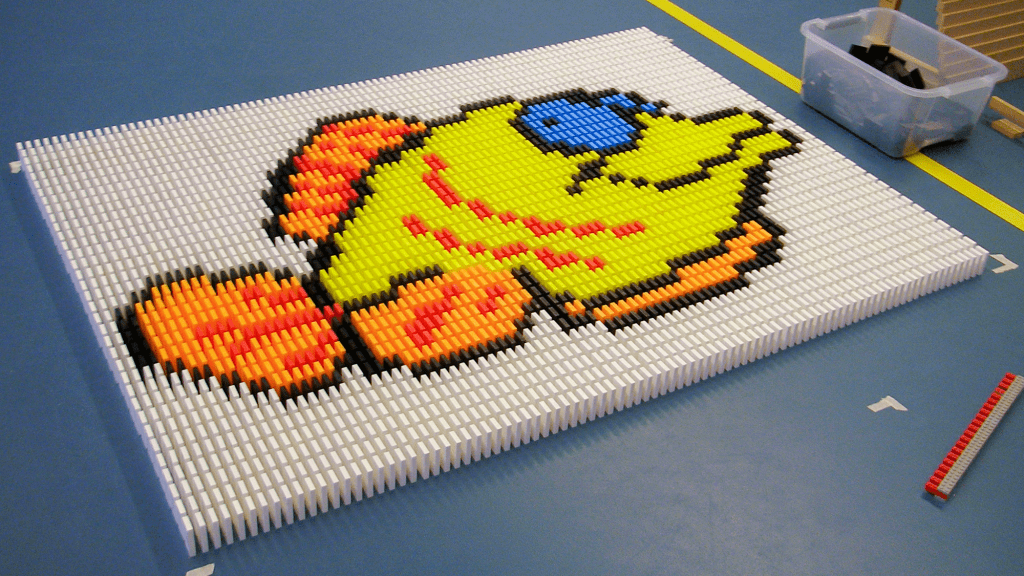 DDT 2011, a huge difference to last year! Where we previously largely improvised, we now had pre-planned projects, designs and a master plan. Partly because of the good preparation and because we had more days, we managed to set up no less than 55,555 stones. The theme “Sealife” stands for everything that takes place in […] 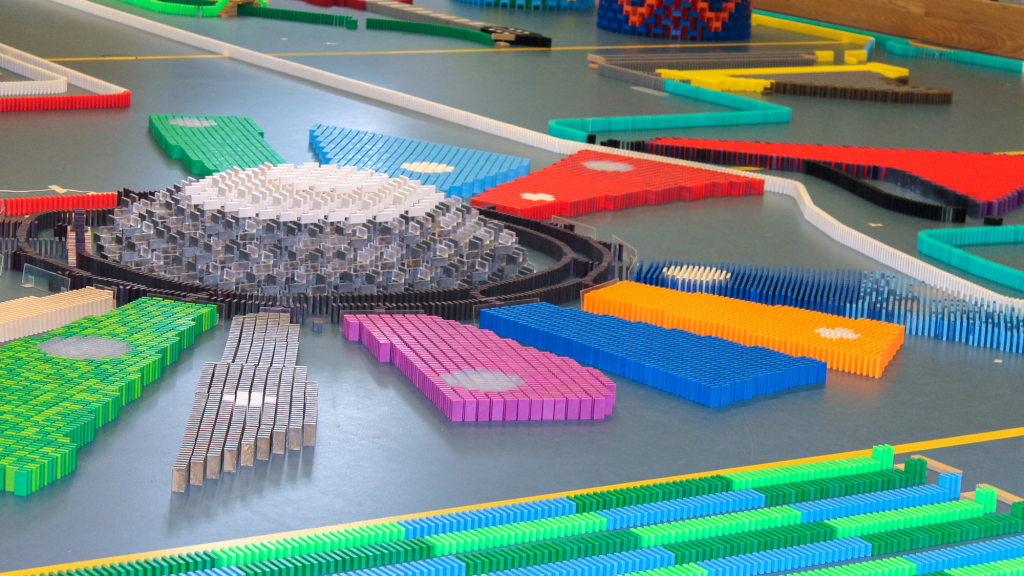 In DDT 2012 we made a big step compared to 2011. With the same number of builders, we put up 15,000 more dominoes than the year before, under the theme “Flowing Music”. This theme includes as many aspects of the music world as possible. Think of the different music styles and instruments, but also disco […] 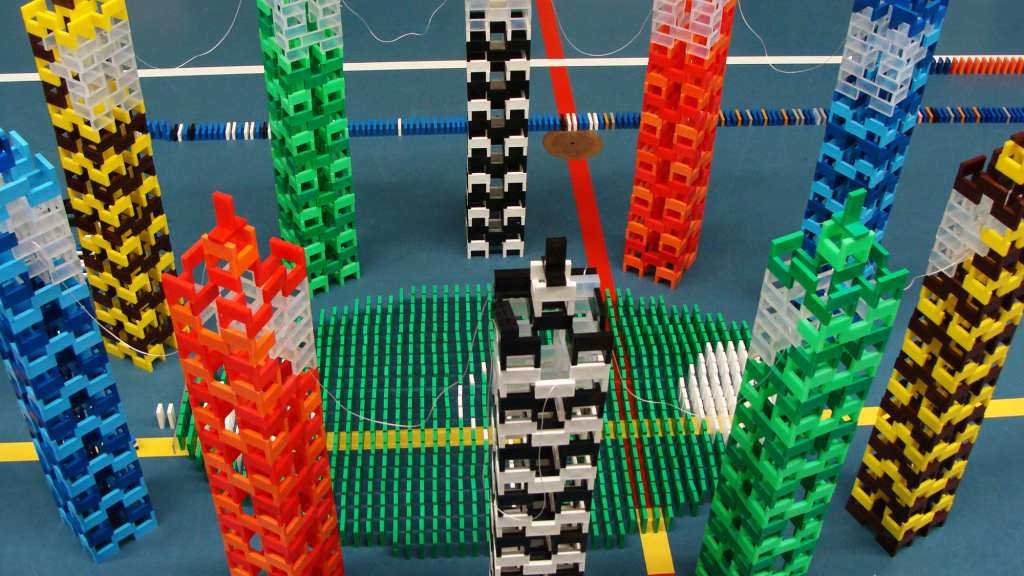 This year’s theme says enough, Movies! Each member of DDT had chosen their own favourite film and then copied the most characteristic aspects of it in domino. The films were James Bond, The Matrix, Harry Potter, Toy Story, Avatar and Lord of the Rings. To make it even more exciting whether a new record would […] 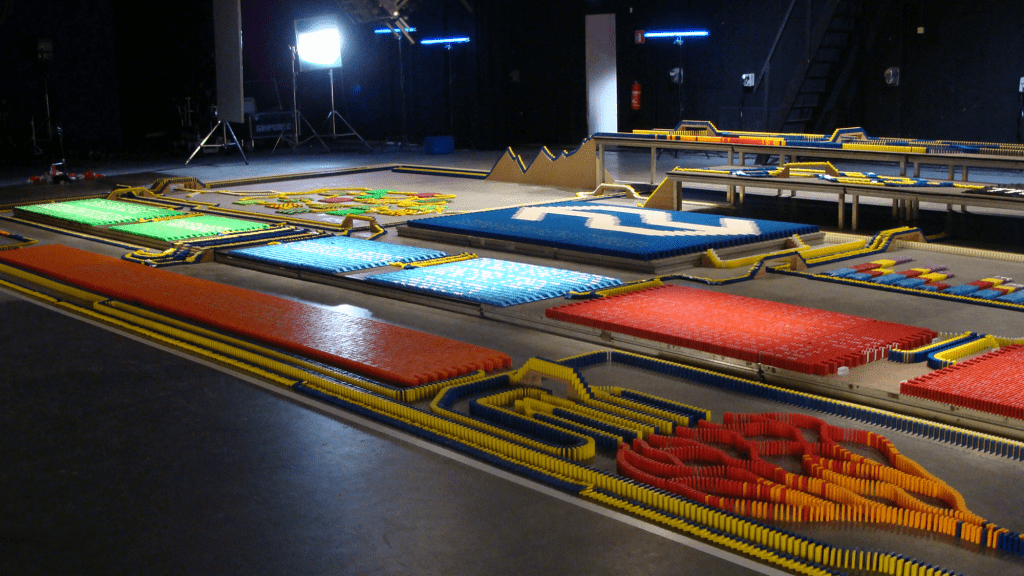 In collaboration with BIND Films, we made a corporate film about safety for the NS. For this project, 7 builders were building in a studio in Amsterdam for 4 days. Then 2 recording days followed. This is the first time that we, as a team, came in contact with the film world. As a result, […]

For DDT 2014, the hall was divided into 4 quadrants, each representing one season. Every season had its own specific characteristics and colors. The event contained a wide variety of components. We could also call DDT 2014 the year of the decor pieces. We not only built a 2 meter high “autumn tree” with a […] 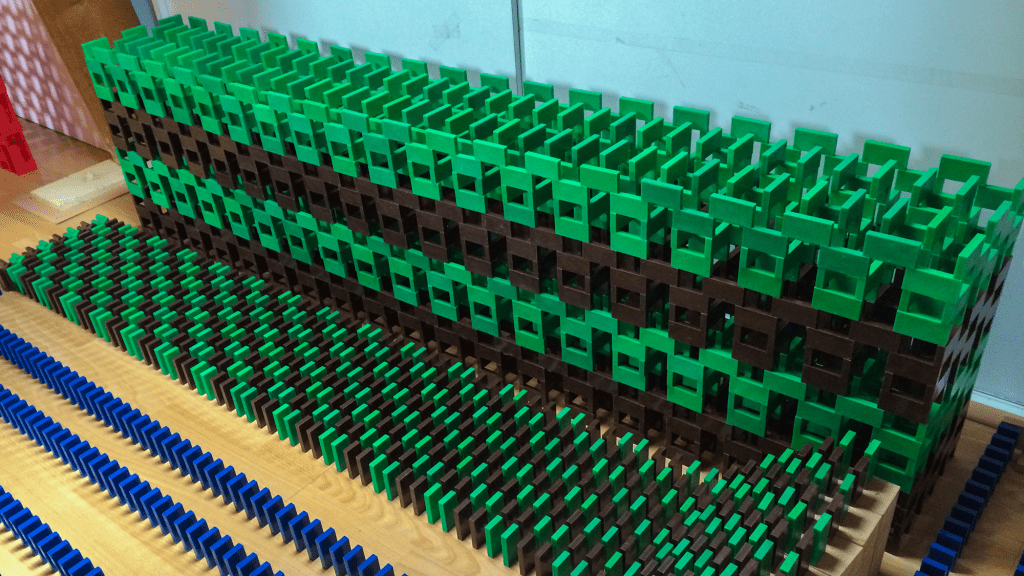 Because we thought it was a shame that we only had 1 event per year, we devised the “Easter meeting”. This meeting is mainly about fun, but it also ensures that we can train more often as a team. We decided to rent a space to build a large field with the text “Dutch Domino […] 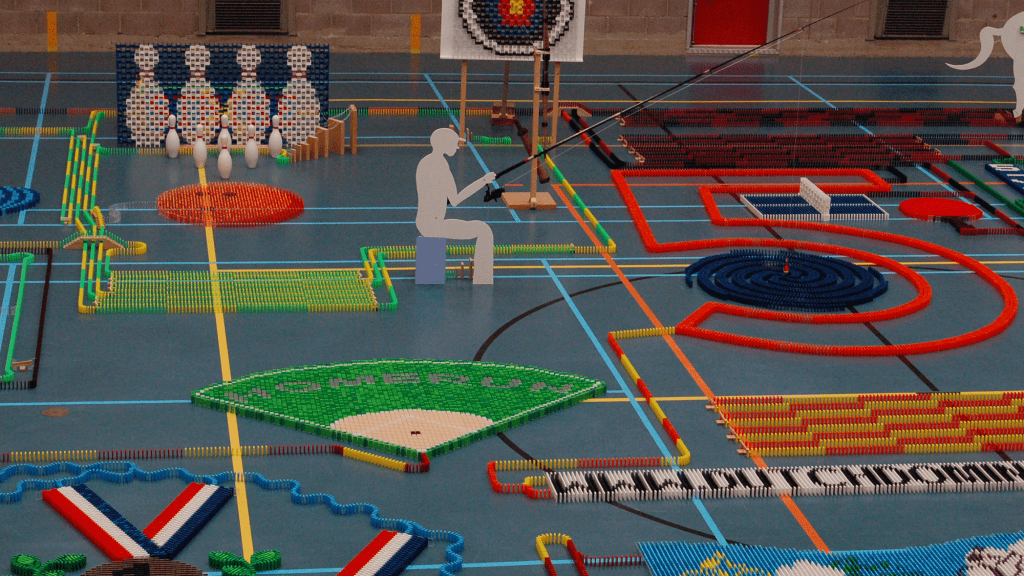 In 2015 we celebrated our 5-year jubilee under the theme ‘Sports’. This was the first time that we crossed our goal of 100,000 domino stones. Because this theme was often used by other domino builders for videos and events, we have chosen an extra challenge. Instead of portraying obvious sports such as football, basketball and […]