In December 2017, we got the unique chance to fulfil a wish of a chronically ill boy called Taresh. His wish was to build a domino course with thousands of dominoes with us, and we succeeded! We really enjoyed this festive day and the beautiful project that we built together with Taresh. […]

Read More… from Make A Wish 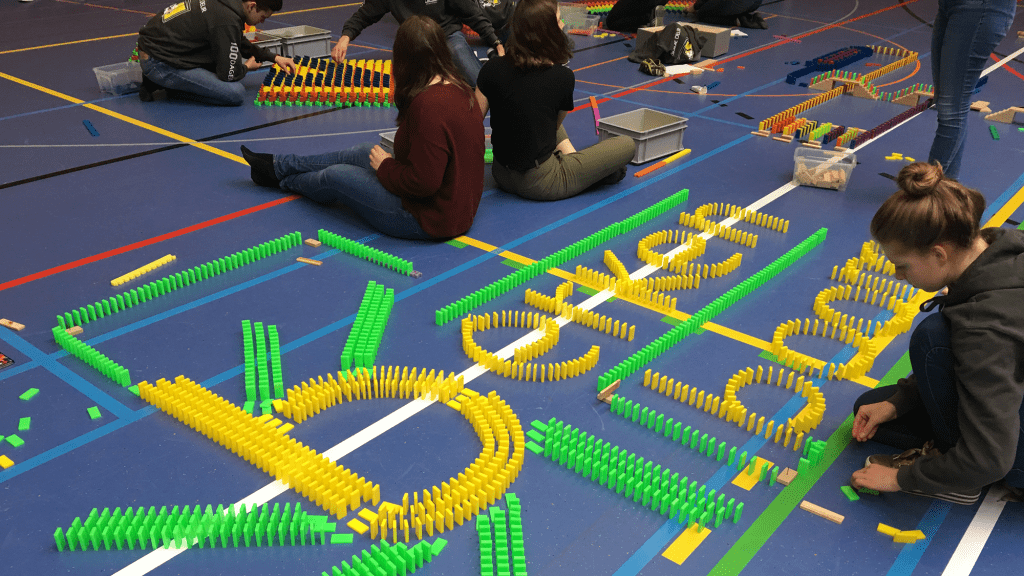 With this workshop, four classes of the high school ‘De Berkenboom’ were divided over 4 sections of the hall. This way, four completely different creations were built. Before the first domino could be toppled, the group had to do a short presentation about their domino track. The children didn’t just learn to think about techniques, […] 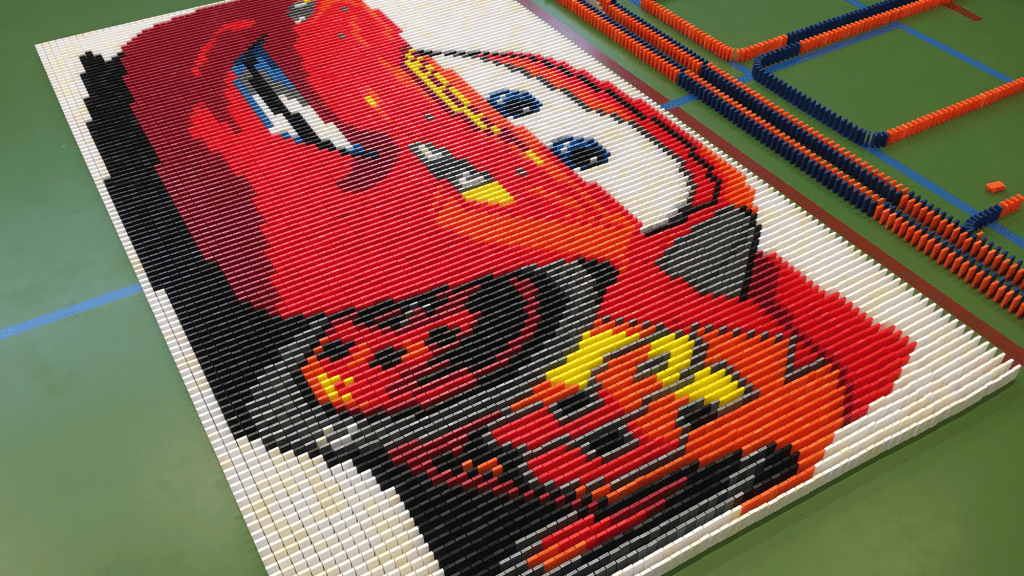 This year, at our annual ‘Easter meeting’, we decided to pick a theme. Other years we built mainly large fields and small projects in living rooms, but this year we wanted to do it differently. There are countless themes that seem cool to us, but are too small for our big events. Hence the choice […] 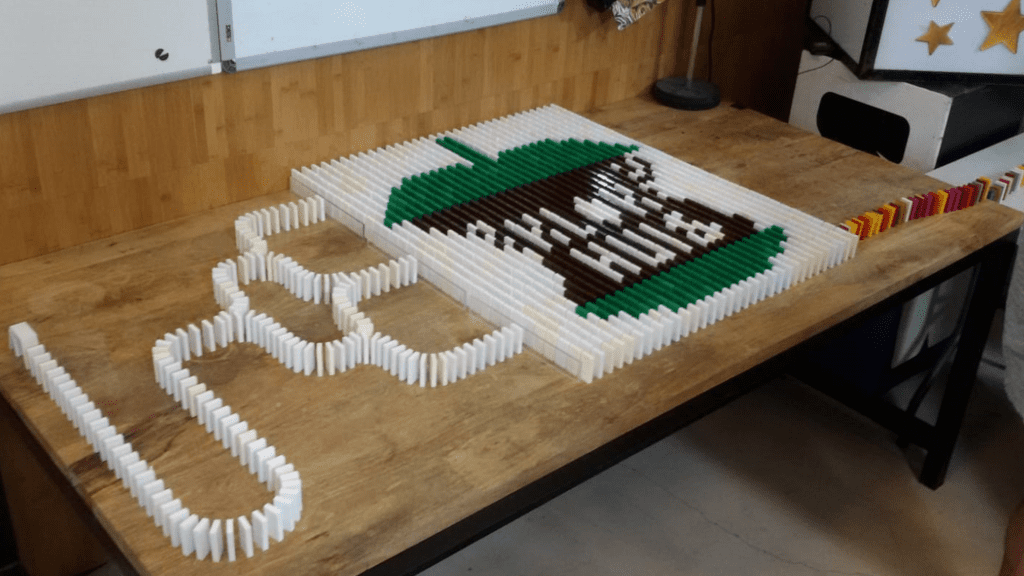 In a broadcast of ‘Het Klokhuis’ about chain reactions, dominoes could not be missed! Two members of our team members travelled to the media park in Hilversum to help with their item about the ‘domino effect’. A number of techniques and designs had already been worked out in advance, which were set up in consultation […] 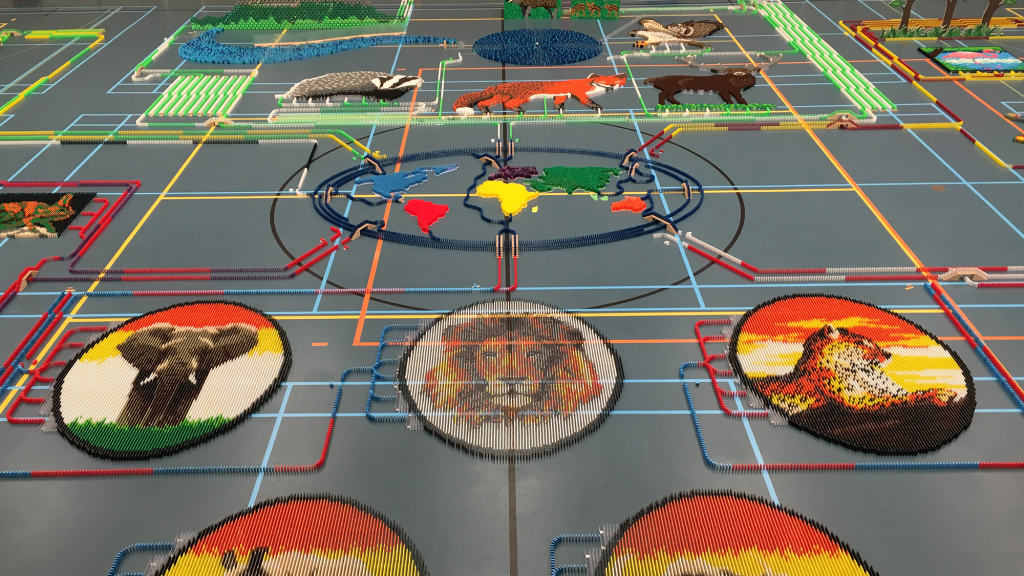 The theme of DDT 2018 was “Wildlife”. To depict this, we divided the hall into six parts, representing the world’s six continents with their associated animals. In this edition, we took the audience on a world tour through the animal kingdom.             Our focus this year was mostly on creating so-called “combination projects”. This meant […]

The Dutch Domino Team has a lot of experience with workshops in the Netherlands and Belgium. After the workshop with Fujifilm, we could confidently add Germany to this list as well. In this case, the workshop was part of a symposium-weekend for Fujifilm staff. In self-composed groups, the Fujifilm technicians worked on building a transistor […] 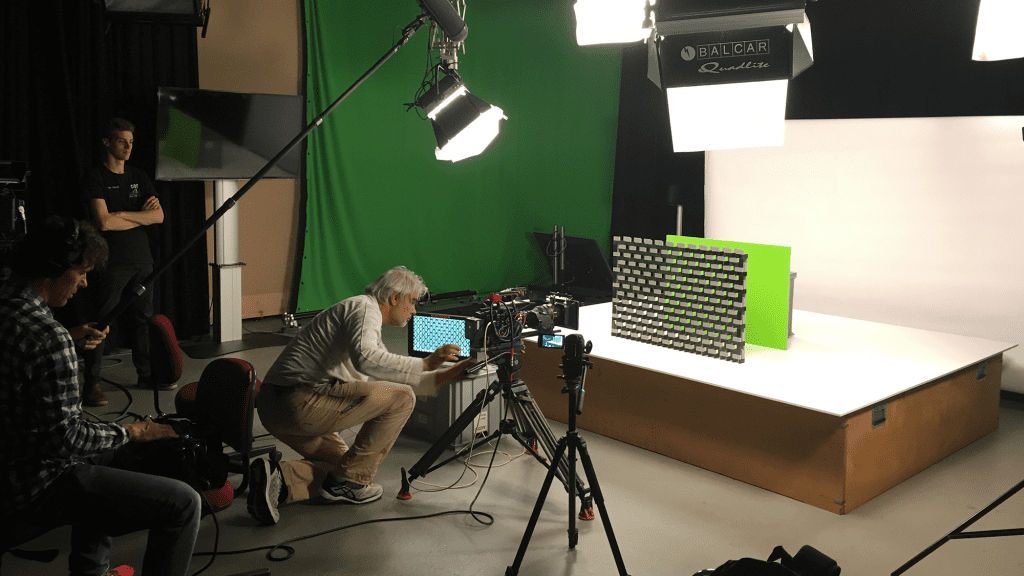 Two members of our team have set up a number of small projects for a video about depression. These images are used in a video in which a device is presented that can detect depression, a difficult subject that could be nicely displayed with dominoes. For example, a line of stones was stopped, which symbolizes […] 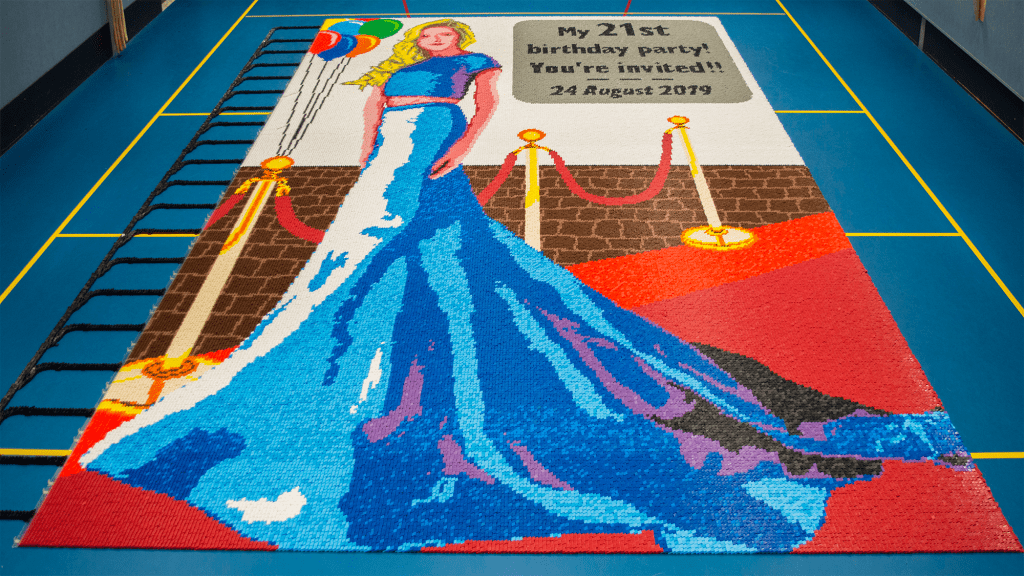 Traditionally, we announced the theme for our event on the first of January by the means of a trailer. With this video, we had more requirements, other than that it just had to be a really cool video. We saw that project as the ultimate chance to realize one of our dreams: building a field […]

Our 2019 event was in the light of our greatest growth to date. In comparison to 2018, we set up 130,000 more dominoes! This made DDT 2019 the largest domino event of 2019 worldwide. The biggest challenge was mainly in an original theme. To ensure that we were innovative, we wrote our own story and […]